Liberty Rings is a set of educational products that were created to teach families and students about the Founding Fathers’ intentions when creating the U.S. Constitution. This teaching system, which features games, icons, and artwork, has been many years in the making. It has evolved into a meaningful system that utilizes the most effective teaching method: the apperception principle. Apperception is defined, as the mental process through which a person makes sense of an idea by assimilating it into his or her body of ideas. 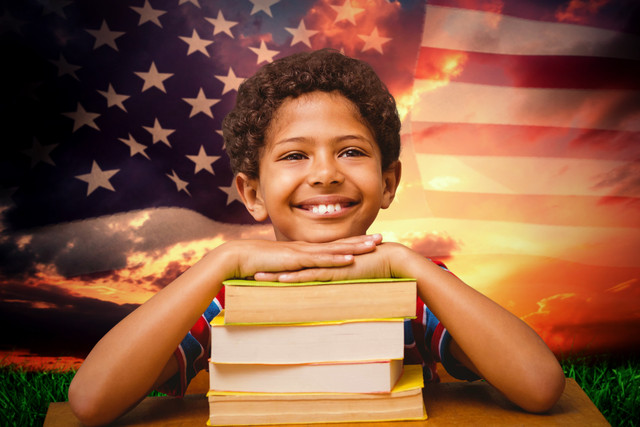 For example, the ‘no’ symbol—a circle with a diagonal line through it—is used to surround a pictogram to indicate that the action depicted is not permitted. Similarly, the icons associated with 28 intangible principles help with comprehension. Furthermore, rules expressed through commonly understood symbols create unity and harmony, helping society to function properly. Without rules to follow, a society would ultimately destroy itself due to its inability to function as a whole.

Dr. W. Cleon Skousen, a top authority on the U.S. Constitution, spent many years researching the backgrounds and writings of the American Founding Fathers. He determined that the Founders’ formula for success, as expressed in the Constitution, evolved from eternal principles based on the Judeo-Christian scripture. Skousen authored a book, The 5000 Year Leap, which contains 28 principles based on the Constitution. The goal of Liberty Rings is to introduce these intangible principles to the learners by associating the principles with symbolic icons. These 28 principles provide a benchmark to gauge whether an elected official is adhering to the rule of law and whether a law or proposal is good or bad for society. By utilizing the apperception principle, any observer will forever change how he or she views the Constitution.

The Founding Fathers and the other colonists wanted freedom from an oppressive tyrant. They had an overwhelming desire to establish the United States of America and to govern it by the supreme law of the land, which became the Constitution. Because the new republic was faithful in adhering to eternal principles, God blessed America and made it the most prosperous nation in terms of technological advances once the people began to take hold of the Constitution.

The Founding Fathers declared that God established our republic and its Constitution. God also gave us the Ten Commandments, the principles of which are correlated with the Constitution.

The Founders emphasized that God will continue to bless our land only if we are a moral and religious people who govern ourselves by the inspired principles of liberty and unity. In essence, the spirit of religion and the spirit of freedom are intimately united. The American Founding Fathers were courageous and God-fearing men. They were devoted to selflessly serving their citizens and were full of wisdom and prophetic insights concerning the United States and its people. After all of the Founders’ hard work and the sacrifices that they made for the union, they desired for their fellow Americans to be educated in the principles of democracy, and to uphold their God-given legacy.

We all desire peace, security, prosperity, and freedom. Our hope is that, through Liberty Rings, we will all sincerely develop a passion for our glorious and divine Constitution. May we learn, share, and perpetuate these truly important principles of liberty in our daily lives so that the United States can fulfill its “manifest destiny to be an example and a blessing to the entire human race” (The 5000 Year Leap, p. 305, W. Cleon Skousen).